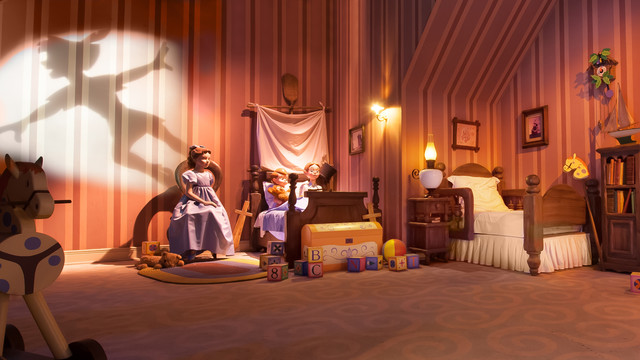 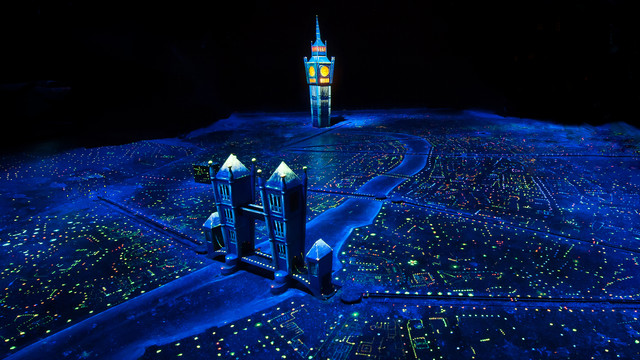 Swoosh through the sky in a magic galleon over starlit London before sweeping through Never Land, where mermaids, Indians and pirates await.

Sail high into the moonlit sky with Peter Pan's Flight. Board a colourful galleon and, with the help of some pixie dust and happy thoughts, embark on a high-flying adventure, passing many of the unforgettable settings and scenes made famous in Disney's animated film, Peter Pan.

Return to Never Land
Journey to the Darling children's nursery and behold the first meeting of Wendy, Michael, John and Peter Pan. Soar through the nighttime sky over London, where famous sites like Big Ben and Tower Bridge mingle with a confection of glittering lights. Then, descend into Never Land, home to volcanic peaks and sparkling waterfalls.

Once there, glimpse the Lost Boys and Mermaid Lagoon and sail past Skull Rock. Swoop into Pirate's Cove, home to an enormous pirate ship, and behold Peter Pan in a swashbuckling duel with Captain Hook. Finally, make your way back to London, leaving a defeated Captain Hook far behind.