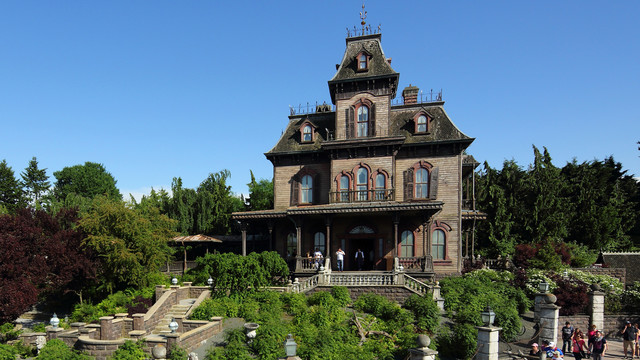 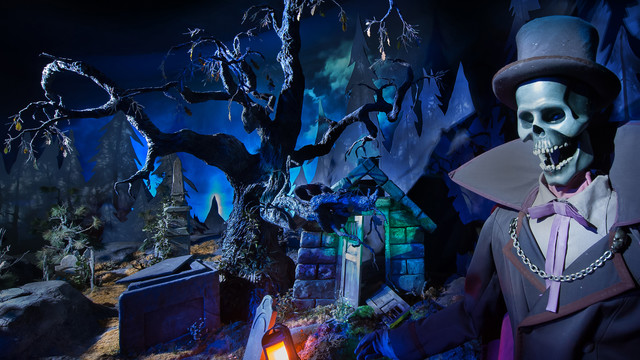 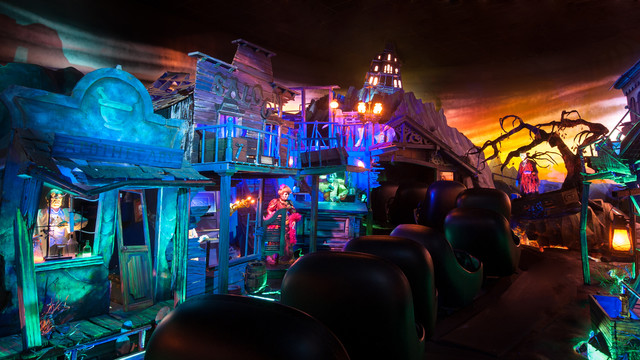 You'll be peeking through your fingers in this fun-filled mystery, where ghoulish ghosts and spirits greet your every turn.

Muster up some courage and venture up to Phantom Manor, where 999 happy haunts hide one very dark secret.

As you edge closer to the ride, ghastly goings-on keep you suitably scared. Rooms stretch, portraits move and mirrors bend, all to a backdrop of eerie sounds. Then, once aboard your doombuggy, the voice of a phantom directs your every stomach turn in an experience sure to have you screaming for more.

The Curse of Thunder Mesa Strikes Again
Henry Ravenswood was a Western settler who struck gold in Thunder Mesa. With his riches he built a grand mansion on a hill where he and his family lived happily for many years.
That was until Henry's beautiful daughter became engaged to a miner who planned to take her away. Henry viciously disapproved of this and vowed to scupper any chance of them being wed. But then a mysterious force, some say a curse, struck Thunder Mesa in the form of an earthquake, killing both Henry and his wife.
Shortly after the earthquake, Henry's daughter was due to be married. Yet, her husband-to-be never showed, leaving her sat alone in the ballroom of the manor. Hours, days, months, years passed. She never took off her wedding dress or dropped her bouquet, but instead wandered the house aimlessly, singing lost songs of love, hoping her fiancé would arrive - all whilst an evil phantom stalked her every move, mocking her devotion.
Who haunts the hallways of the manor today? What happened to the fiancé? Who is the mysterious phantom? You'll have to find out for yourself at the Disney Phantom Manor.