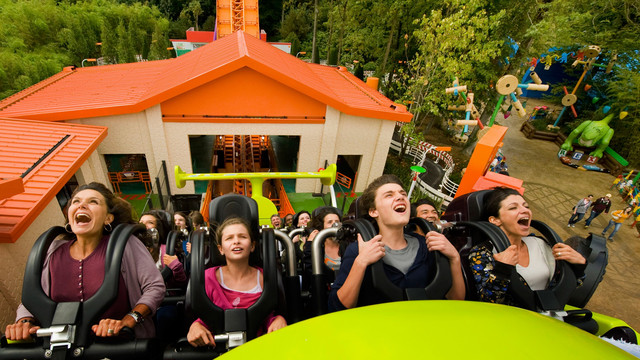 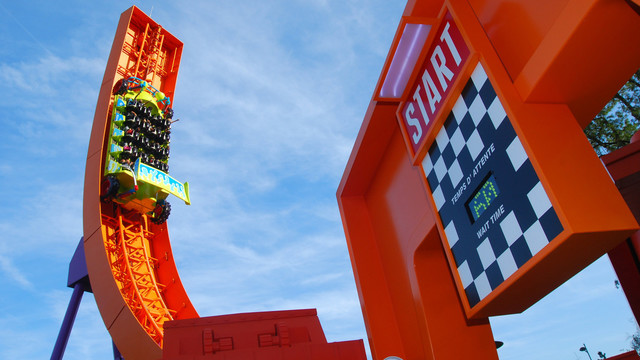 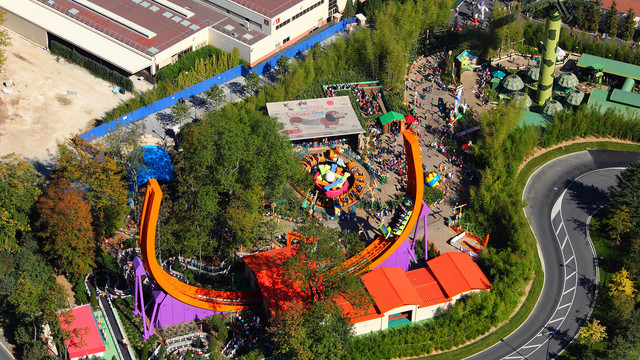 Andy is up to mischief and you're in for the ride, as his speediest toy car hurtles up and down a 25-metre high half-pipe coaster.

At the back of Toy Story Playland, Andy has unpacked his RC Racer and set up a half-pipe of epic proportions. The orange structure looms overhead. At Disney RC Racer it's as if you've been shrunken down to the size of Buzz and Woody.

Once you've climbed into the huge remote controlled car, sit tight, as Buzz and Woody ramp up the speed and launch you on a thrilling ride of steep ups and downs. Over and over again.