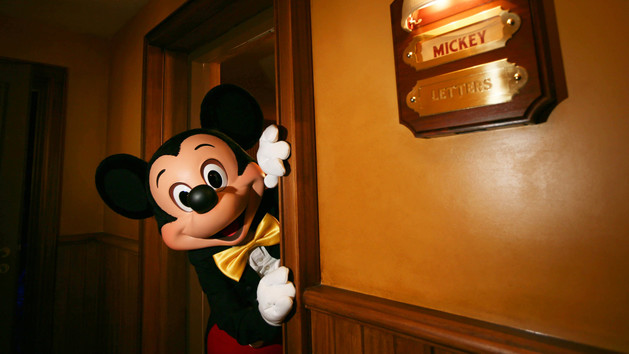 Capture a special moment with the main mouse himself.

Mickey Mouse is one of the world's most recognisable characters, entertaining children and delighting audiences the world over. Over the years, he has appeared in more than 120 different cartoons, TV series and movies, and appears on thousands of items of merchandise. He inspired the world's most famous theme parks and continues to fulfil his role as the muse for everything Disney. He has even received a star on the Hollywood Walk of Fame, which is quite an achievement for a little mouse. Mickey is funny, young and carefree. He loves meeting all the visitors and having his photo taken with his fans, as well as his best friends Minnie, Pluto, Goofy, Donald and Daisy. They're always having a good time together, and have been known to have all kinds of adventures.