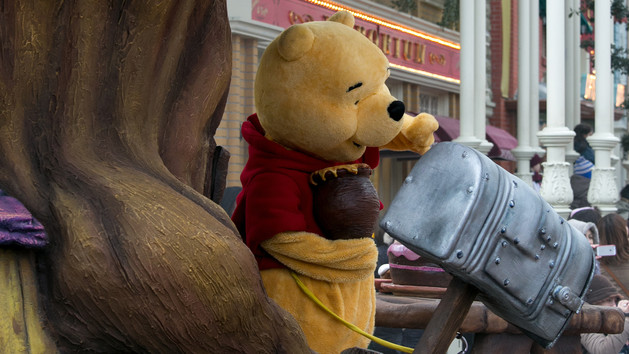 Make friends with Winnie the Pooh and his lovable friends in moments that are sure to live long in the minds of your little ones.

Winnie the Pooh is the world's most loved bear. He is happy, carefree and innocent. Pooh would tell you that he's a 'bear of little brain', but he's actually a very clever bear indeed.

Pooh is always hungry and wants food all the time to settle the rumbly in his tumbly. His favourite food is, of course, 'hunny'-he can usually be spotted dipping his fingers into a jar or two. But even honey is not as important to Pooh as his pals, Piglet, Eeyore, Tigger, little Roo, Owl and Rabbit. They're always having adventures in the Hundred Acre Wood and playing 'Poohsticks' together. In fact, you won't come across a better friend than Winnie the Pooh.