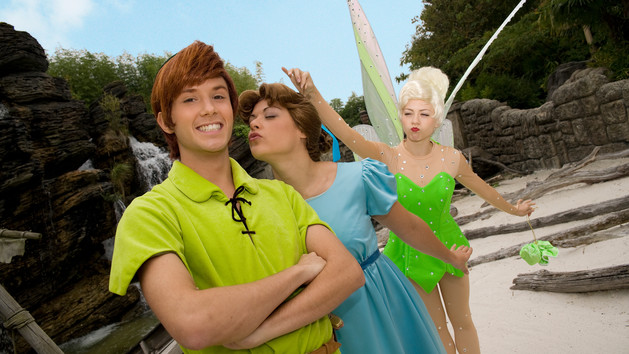 Capture a magical moment your little ones will never, never forget.

Peter Pan is the flying boy who refuses to grow up. He is often seen darting around the skies of Never Land, causing mischief with his gang of friends, the Lost Boys. Time means nothing to Peter-life is just one long magical adventure.

There is nothing Peter enjoys more than having fun with his best friends Wendy Darling and her brothers John and Michael. He flies from the enchanted isle of Never Land to London just to hear Wendy spin tales of his adventures and duels with his archenemy Captain Hook. He also has a soft spot for his 'best girl', the pint-sized fairy Tinker Bell. She is always at his side ready to lend a helping hand when he needs it-which can be quite a lot, as Peter sometimes has an inflated ego. He is also a great leader to his Lost Boys, who love him so much they chose to follow in his footsteps and never grow up.